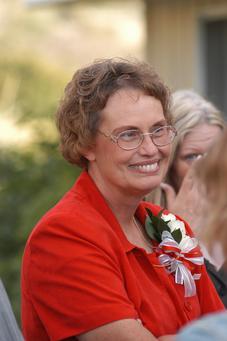 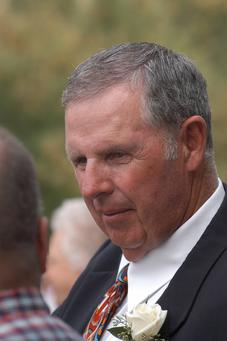 The pace of the session has picked up and we now find several bills coming forward. We just hit a deadline last Friday which was the time for the filing of personal bills. A personal bill is one that is taken directly to the Chief Clerk of the House and is introduced to the whole without having gone through a committee first. On Friday a large number of personal bills were read across the desk, more than in recent years. Subject matter ranged from permitless concealed weapons carry legislation to constitutional amendments.

A rarely used maneuver on the house floor occurred on Friday as well, and that was the motion to lay on the table. It takes a simple majority of the body to lay it on the table which means that it cannot be considered unless two thirds of the body agrees to take it off the table. In effect it kills a bill. The motion was not successful and one of our age-old customs of the crow flying occurred. It is a little statuette in the form of a crow that passes around the body from time to time when a member makes a motion that does not get at least 20 votes in support. The effort made didn't even come close, and the crow flew.

There's a lot of background things going on right now, one of which is discussion on water. The governor has called for money to be used for recharge. We of course are very hopeful and there seems to be more snow around at the moment than we've seen for a couple of years. If that is any indication we might actually have water available for recharging our aquifers.

It might be of interest that this past week there were personal bills introduced in the Senate for the expansion of Medicaid. The chairman of the health and welfare in the Senate has agreed to hold hearings on the bill. It's a pretty heavy subject for a committee to consider in the short time available, and it will be interesting to see how it is handled there. I had a chance to visit with some folks this week about the governor's proposal of primary care and at this point it looks a little bit like it might have a tough sell among some legislators. Most of the discussion centers around how the program would be funded and is felt that if it is to get anywhere it will have to be modified some.

It was good to get home over the weekend and to take care of a couple of pressing matters there. The good news is, at least a portion of them got completed in time for my speedy return back to the capital city. It started to snow almost the moment I got home on Friday, snowed some more on Saturday, and it was snowing when I left home. And I only got stuck once. Together it accounted for approximately 10 inches of new snow. The little grandkids had a ball playing in the fluffy white stuff but not so much in the heavy wet snow that fell on Friday. Some places I traveled over the weekend, I noticed the fences starting to disappear little by little. Keep your fingers crossed, maybe this is one of those one year in ten recharge years. One of my friends commented that he didn't care for the snow a whole lot and then admitted," We sure do need it, so we'll take it." My sentiments exactly.

Probably the hottest topic discussed around the legislature this last week, was all of the issues that are going to appear on our agenda soon. Even though several issues were discussed by various groups, not much actually came forward at least in a way we could begin introducing legislation. What will more than likely occur is that all at once we will have much on our plate and then we might hurry too fast getting things done.

I was asked last year and this to participate on what has been fondly dubbed the CEC Committee. The CEC stands for change in employee compensation and in other sectors they call it employee raises. The purpose of the committee is to recommend to JFAC (budget committee) what state employees should be paid in the next fiscal year. After much discussion and three different hearings on the matter and five different motions, the committee recommended that the governor's proposal for salary increases be adopted.

What that translates into is a 3% across-the-board raise for state employees in the coming year and in addition the state will pick up all increases in employee health insurance costs. I thought there was a better motion out there that would have given a 2% across-the-board raise and then move the pay policy closer to the private sector by using the other 1% and have that pickup the increase or at least part of the increase in health insurance costs.

That decision was made very early in the morning on Tuesday and I had the privilege of reporting the result to House leadership and committee chairs in their regular weekly meeting. Because of the CEC meeting I arrived a little late and found that they had been discussing the governor's budget and all kinds of brake lights were coming on in the room. The memory banks were alive with what occurred around this place in the year 2002, when a 13% increase in spending took place in spite of a 6% increase in revenues being predicted. That led to the longest session of the legislature in 2003 trying to find a way to close the budget gap created by overspending and revenues coming in at less than the 6% that had been forecast. So it looks like there is some caution being expressed and reservation about spending at a level that exceeds what we project for revenue increases. Alarm bells are beginning to come on for some.

We had the privilege of listening to the Chief Justice of the Supreme Court, Justice Jim Jones and I have to say that his talk was somewhat refreshing from others I have heard from the court. He had just finished his presentation to the Senate and as he began his comments in the house after we had waited for a few moments for his arrival he said, "I'm sorry that you were waiting for me so long but there was some windbag over in the Senate that prevented me from getting here any sooner."

Representative Batt, the State Affairs Vice Chairman, spends a lot of time doing the rules review for the agencies that come before the committee. She discovered that two different agencies had written two sets of rules concerning the same matter. What was even more interesting was that neither agency knew what the other was doing. Her comment to me was that at least you would think they would talk to each other.

I received a call from the inventor of powdered alcohol who lives in Arizona. He sounded a bit unhappy about the bill that was introduced to ban the product. He wants to come to Idaho to testify before the committee. We’ll try not to hurry through this one or put it off too long.

Due to all of the press reports that have been circulating before the legislative session started this year I have been repeatedly asked if this would be a short session. My response has been that you can't use short and session in the same sentence.

As is the case every year the first thing on the agenda is to hear from the governor. He spoke more optimistically than some years especially in light of revenues that have been coming in stronger than expected. He outlined a robust increase in education spending both in K-12 and higher education, somewhere in the $150 Million range. He also put an item in his budget to create another community college to replace Eastern Idaho Technical College in Idaho Falls. Given that it will require local voters to approve such a move, and given that it has failed locally in the past it will be interesting to see how that would come to pass.

One of the more creative things he proposed is a four year freeze on tuition for college students. Can you say “administration nightmare?” The devil is always in the details.

After the speech each year he has a punch and cookie event in his office for all legislators. I told him that he had outlined pretty ambitious budget plans and he said, "Tom, we have the money." While that may be true, reversals can happen very fast and some I have talked with want to make sure we don't overdo it.

Leadership decided to have a training session for all of us entitled "Civil Discourse." They began the meeting by telling us that this did not mean that we are not civil in how we do things in Boise. Even if we do behave civilly with each other and the public we can always stand improvement. I found it helpful while others around this place not so much. We'll see if we learned anything as the session progresses.

Other items that are out on the horizon but not yet drafted are a couple of ideas for constitutional amendments, so called constitutional concealed carry legislation, on-line voter registration, horse racing, and some other liquor issues. Needless to say there is no shortage in the number ideas for new laws around these halls.

So how long will the session be this year? The honest answer is that no one knows for sure. The only thing we are required to do by our constitution is to adopt a budget and it must be balanced. But I can promise you that there will be somewhere in the neighborhood of three hundred new laws to consider, and thankfully not all will become law.